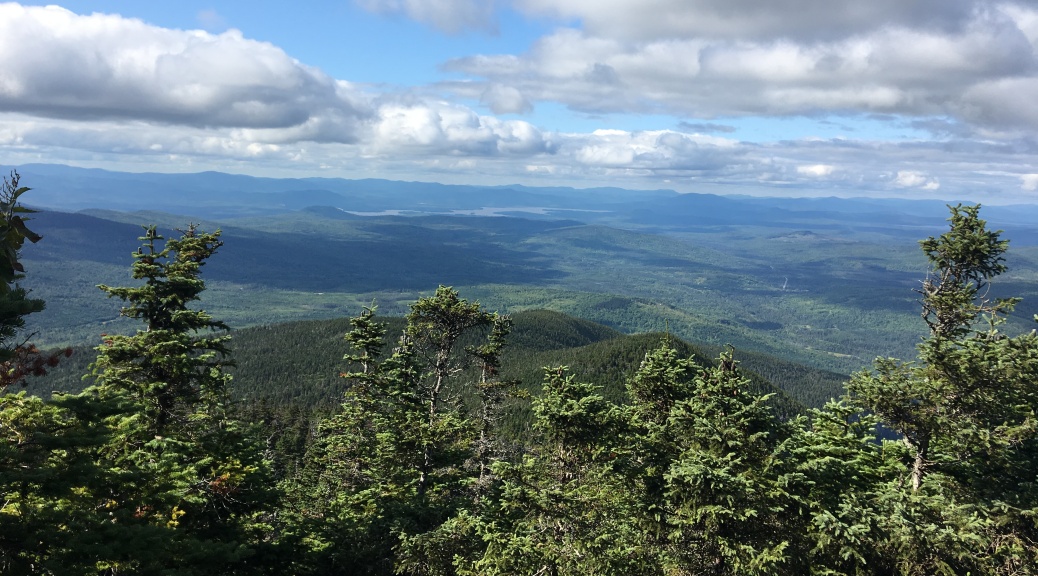 Last long run before the big race!  Tried to pick something with a ton of elevation and a goal of being out around 8 hours.  This weekend ( Aug 24) we were camping at Papoose Pond in Waterford, ME so I found Old speck about 40 min away and spent my Sat on vacation going up and down this 4000′ mountain twice!  I was pretty psyched because I had just finished Scott Jureks book North about his adventures and difficulties he encountered while he set the record for running the entire AT going north.  GREAT BOOK AND FANTASTIC SECTION OF THE TRAIL!

and I know cause I did it twice.

I was also researching trail apps just in case I got lost (as I did on Skyline) and chose Alltrails over Gaia GPS because of this feature (lifeline) to let your loved know you are OK while running.  Unfortunately, it only works if you have cell service, which I had for about 2 minutes the entire 7.5 hours I was on trail and if it isn’t sending out messages from me, turns out it was sending little notes like “she should have checked in by now” to worry Kenny 🙂

Well, this was a fantastic section of the AT and it was a seriously varied run, not just in the terrain which went from forest trail to very rooty to being absolutely beautiful with everything covered in green….but also emotionally as it was foggy and grey the first time I got to the summit and then beautifully sunny the second.  With all of these things going on, I don’t understand why anyone wants to play music while running/hiking. 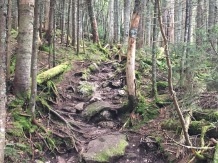 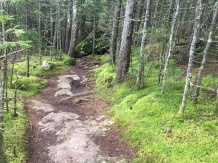 What didn’t go so well

I spent a lot of time thinking about how peoples’ observations are such a matter of perspective.  A woman declared the trail very muddy and I was thinking it was dry.  Was it long, hard to do, steep….. am I obsessive or just training towards a goal…  I take peoples’ warnings with a grain of salt and realized that most of the times when someone says something was hard, it may have been challenging for them but I wonder how much they have challenged themselves.  I am trying to find out how I can push myself and do more than I thought – as I improve weekly, I realize that I may not hit a limit.  What if there is no limit?  That may be the biggest lesson learned this year; however, if there is no limit, it makes every workout challenging as you keep trying to beat your personal bests 🙂

Loved this hike and our few days at Papoose…this run earned me two breakfasts the next day!